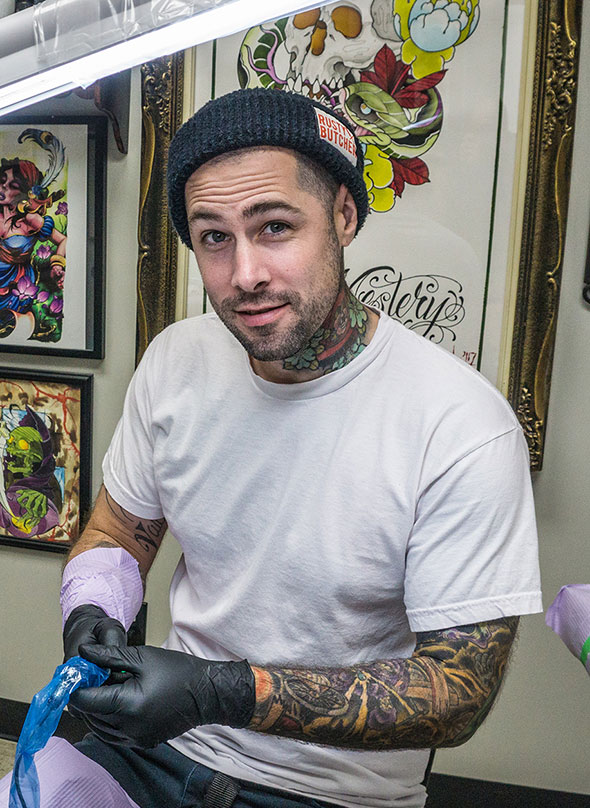 Kyle was born and raised in Winnipeg, Manitoba. It was at the age of 24 when he stated his tattoo apprenticeship. After a year and a half into tattooing full time he moved shops and started at Blaze Ink Tattoos.

Kyle has been with Blaze Ink for almost 10 years and tattooing for 11.5 years.

Since starting at Blaze Ink in 2010, Kyle has travelled within Canada and the United States for tattoo conventions and has been working conventions for the past 5 years.

Over the years Kyle has developed his own style of tattooing.